The Defence Academy has hosted the seventh annual Building Integrity UK for International Senior Leaders (BISL) Residential Course. The aim of the course, held between 23-27 May, was to raise awareness of the risks of corruption in the defence and security sector and how we may mitigate those risks.

The aspiration is that international senior leaders attend the course as representatives, then return to their home countries to encourage further engagement with the Building Integrity UK (BI UK) programme. 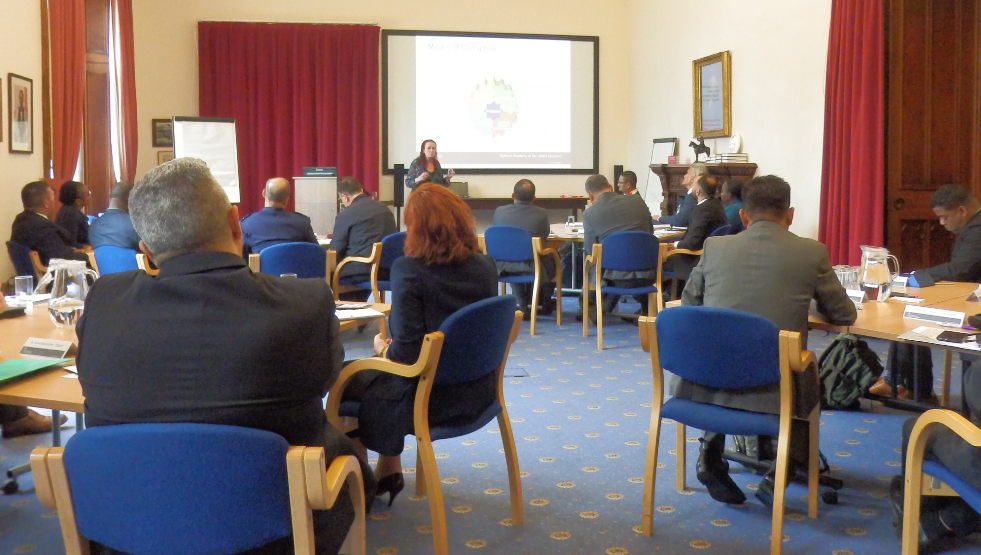 The programme has been running since 2013 and operates primarily under the framework of the NATO Building Integrity programme. BISL is a NATO (Allied Command Transformation (ACT) accredited course. Over 3,500 senior officials from more than 110 countries have participated in BI UK’s courses and programmes to date.

Building integrity and tackling corruption are important because there is increasing recognition of the links between corruption, organised crime and conflict.  Corruption affects all aspects of operations and missions if not tackled and helps to feed our opponents’ narratives, for instance Boko Haram and ISIS claims about corruption in governments and their personnel.

Corruption is a driver for conflict and undermines public trust. Increasingly weaponised by state and non-state actors, corruption destabilises states for both criminal and political ends and makes building integrity a vital defence to this threat.

The BI UK programme will continue to deliver a blend of virtual and export courses for the foreseeable future working with individual countries, regionally and with international partners to raise awareness of the risks of corruption and develop indigenous capacity.

“I am delighted to welcome international senior leaders to the Defence Academy for the seventh annual Building Integrity UK residential course. Corruption is not just morally wrong – it also undermines operational effectiveness and, if left untreated, reduces our ability to meet strategic objectives.

“Despite those risks, I remain optimistic. We have an array of weapons to counter corruption, from modern financial controls to digital approaches, to working with the media and democratic oversight.”

The 22 participants were drawn from 21 countries and included defence and security sector and wider-government officials up to 2-star and civilian equivalent. Countries and organisations represented were: