Heather unveiled a commemorative display inside the sports hall, featuring her biography, pictures of some of her famous victories with her pairs rowing partner Helen Glover and a timeline of her medals and titles. 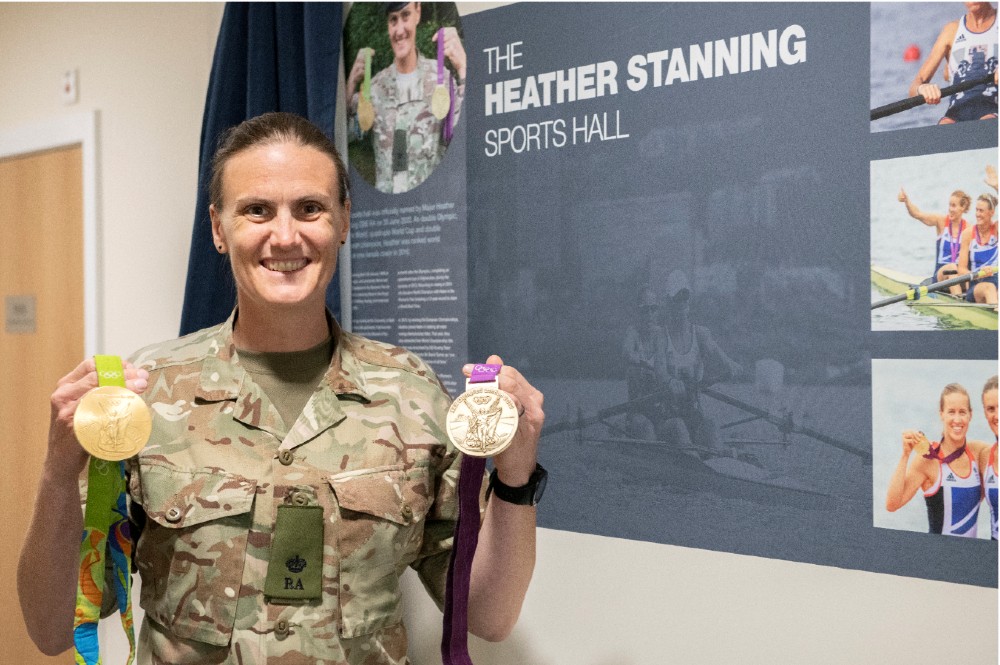 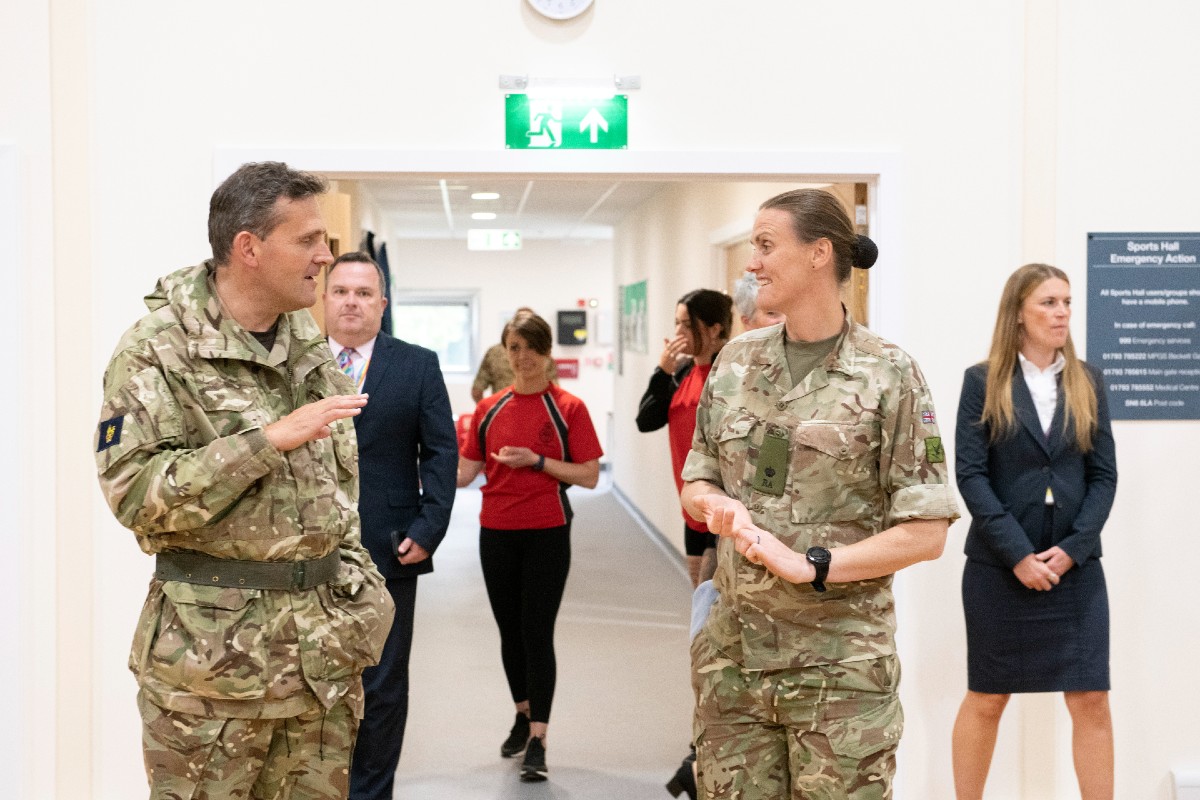 Heather, a former student on the Intermediate Command and Staff Course (Land) - ICSC(L) - at the Defence Academy, was shown around the sports hall and its facilities by Pete Freeman, the Gym Manager.

As double Olympic, double World, quadruple World Cup and double European champion, Heather was ranked world number one female rower in 2016. Currently a serving officer in the Royal Regiment of Artillery, she took up rowing at the University of Bath and, by the time she graduated, had become under-23 World Champion in the Women’s Pair.

In 2010, Heather attended trials for the GB senior rowing squad and, together with Helen Glover, was selected for the team. The pair won Britain’s first ever Olympic Gold in women’s rowing at the London 2012 Olympic Games.

She became World Champion with Helen in the Women’s Pair in 2014, breaking a 12-year record to claim a world best time. A year later, by winning the European Championships, Heather and Helen held all major rowing championship titles and defended their World Championship title in what was described by GB Rowing Team Performance Director Sir David Tanner as “one of the best GB performances of all time.”

The duo remained unbeaten in the Women’s Pair from 2011 until Heather retired in 2016 after defending their Olympic title by winning Gold in Rio. 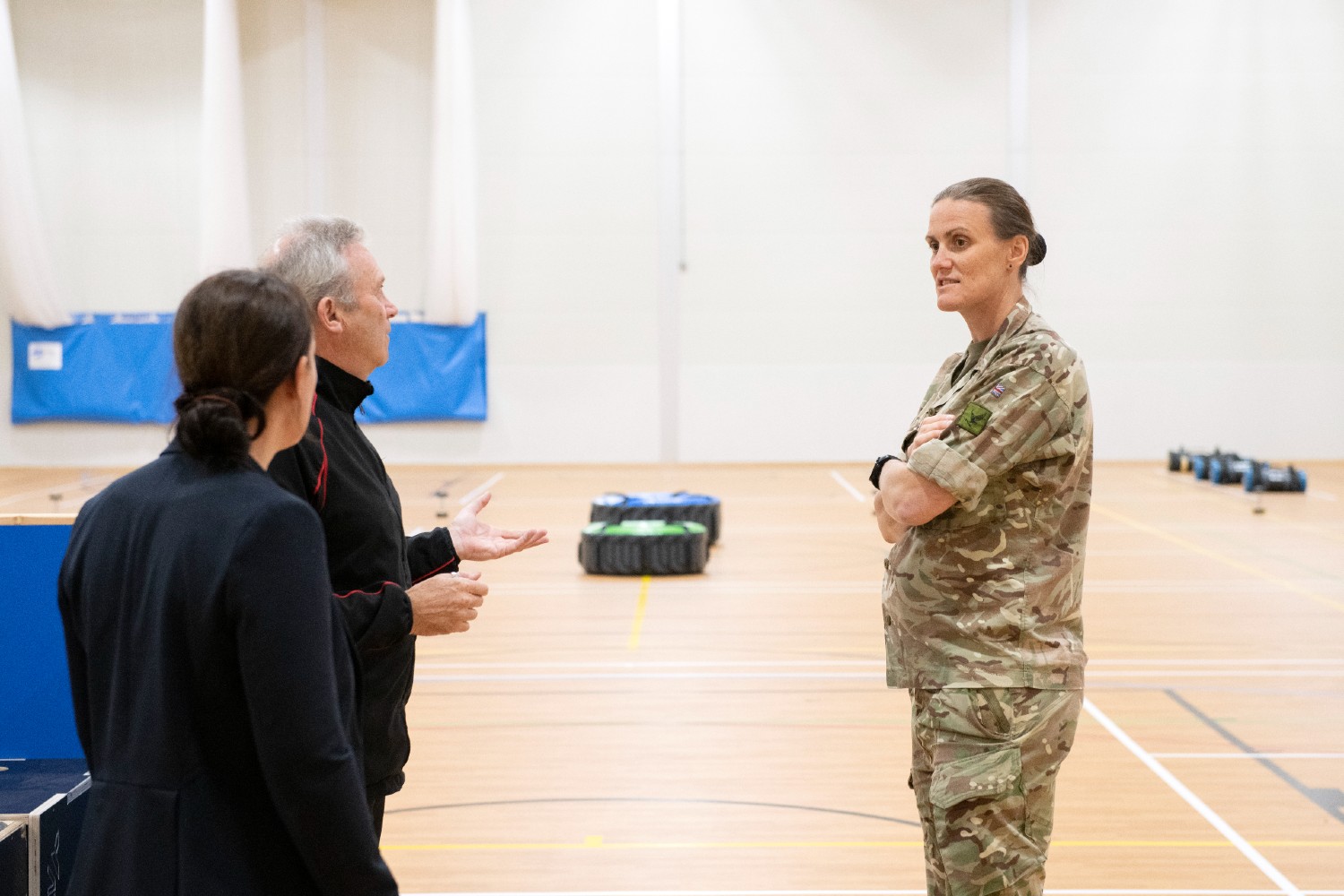 The Heather Stanning Sports Hall is the location for all military fitness testing and group/course PT. Classes take place daily.

Following the sports hall opening, Heather was shown around the new Grass Roots restaurant – formerly Café and Chat – by Mark Long (ESS Director of Operations). Grass Roots, which is currently under construction, is due to open in August.