Over 50 countries represented at Defence Attaché away day

From Albania to Zambia...

Defence diplomats from across the globe were welcomed to the Defence Academy on Wednesday 9 February. 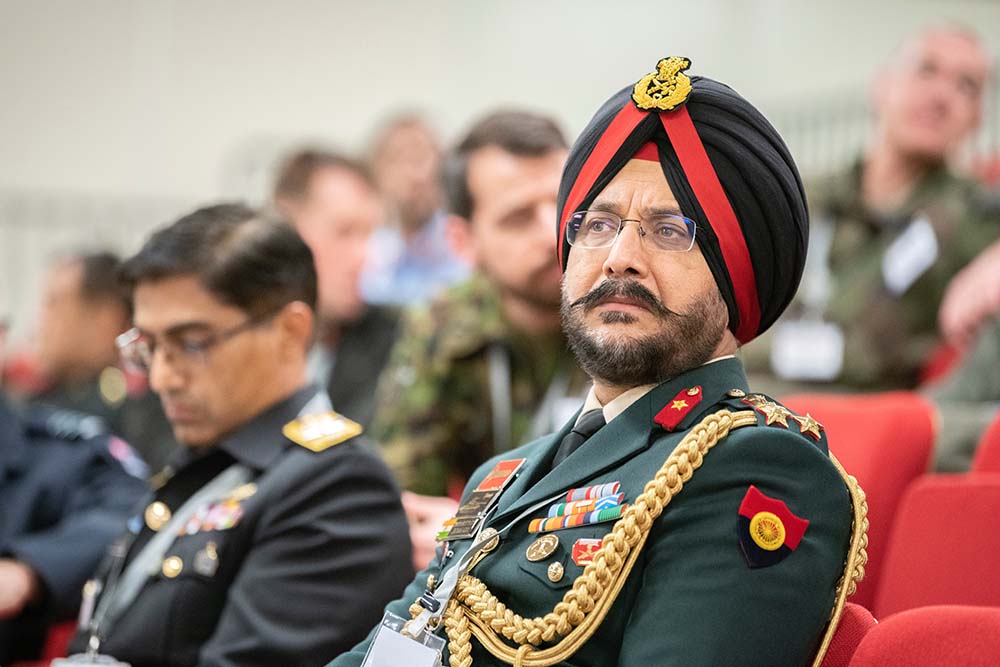 The Defence Attaché Away Day is an ideal opportunity for defence attachés and military advisers to gain insight to the UK approach to professional defence and security education (PDSE).

Over fifty countries participated in this year’s visit at Shrivenham, representing Africa, the Americas, Australia, Europe, the Middle East and the Far East.

Following a formal welcome by Major General Andrew Roe, Chief Executive and Commandant of the Defence Academy of the United Kingdom, participants heard a series of lectures focused on UK PDSE, the Defence Academy’s International Group, and the Development, Concepts and Doctrine Centre (DCDC) Futures.

DCDC Futures is a team based at Shrivenham whose work supports preparation of strategic defence and security reviews and national security strategies, as well as cross-government thinking about the future and close working with international partners and allies.

The visitors then moved to the Defence College for Military Capability Integration (DCMCI), where they were briefed on the courses available to international students and toured several defence equipment exhibits.

This was followed by an opportunity to ask questions with a panel of representatives from DCMCI, DCDC and the Joint Services Command and Staff College.

“I was delighted to welcome the defence attaché community to spend a day with us here in Shrivenham. This event is a significant milestone in our defence engagement programme and it provides our international colleagues and partners with an overview of the breadth of Joint Force Development and Defence Academy activity. Engagement with defence and military attachés supports cooperation with our allies, while underpinning the Defence Academy’s reputation as a world-class provider of professional defence and security education.”