The Defence Academy of the United Kingdom has launched a biodiversity project to mark The Queen’s Platinum Jubilee. 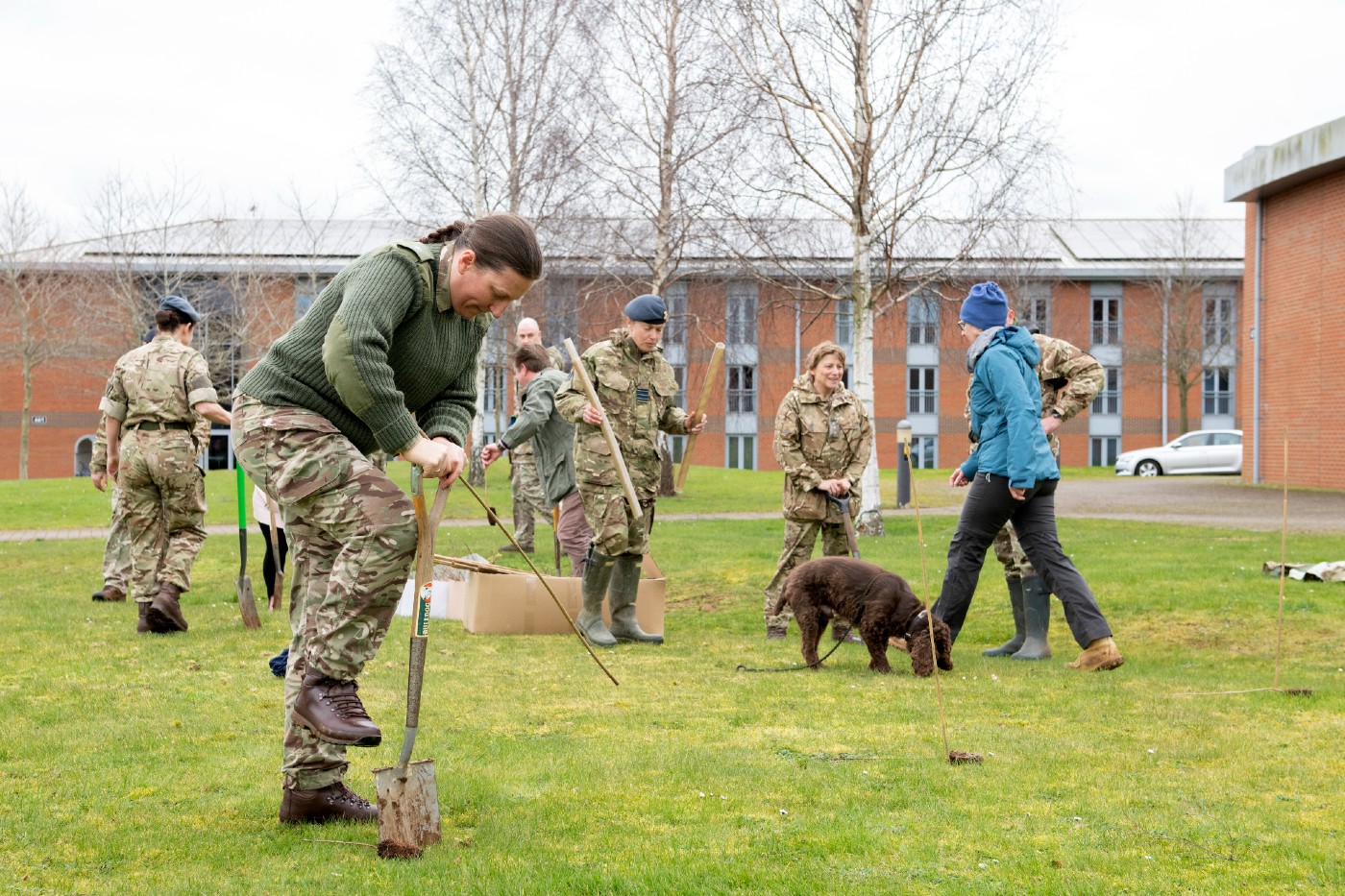 A total of 900 saplings were planted by staff at the Shrivenham site on Monday 28th February to support ‘The Queen’s Green Canopy 2022’ – a national initiative which invites people across the country to plant a tree for the Jubilee.

As well as celebrating Her Majesty’s historic reign, the project will replace trees that have been lost at Shrivenham Station over the years. This will improve biodiversity and the natural environment across the site, while supporting the wellbeing of military and civilian personnel studying and working on campus.

“We are delighted to take part in this fantastic national initiative, which will create a legacy in honour of The Queen’s leadership of the nation, as well as benefitting our staff, students and contractors by enhancing the beautiful surroundings here at Shrivenham. Improving sustainability across our site is also contributing towards the goal of a ‘climate-prepared defence’, which has been set out by the Ministry of Defence in its Climate Change and Sustainability Strategic Approach.”

The Defence Academy’s ‘Green Canopy’ saplings were provided by the Woodland Trust and reflect the UK’s indigenous species, from Blackthorn and Silver Birch to Hazel and Wild Cherry. The new copses will also feature ‘Verdun trees’ – Oaks and Horse Chestnuts planted in the aftermath of the First World War, using acorns and chestnuts that were collected from the battlefield at Verdun and sent to the UK to be planted as war memorials.