This is Cranfield University research conducted by Oliver Finn and Dr John Economou. 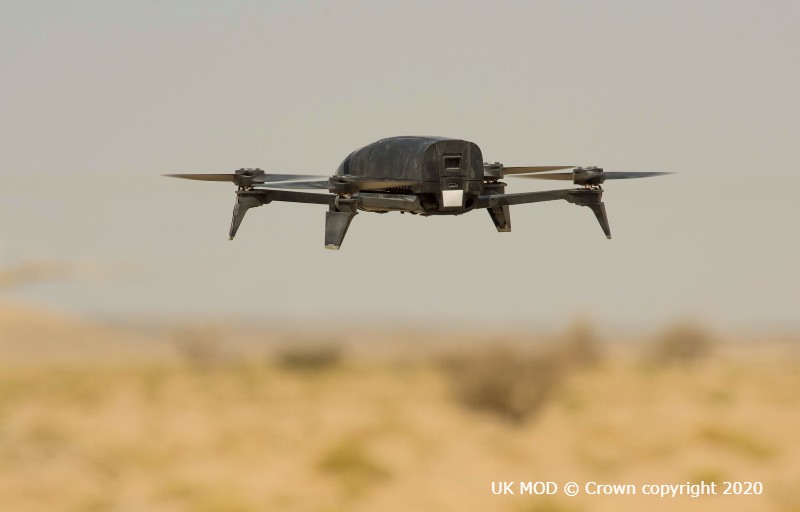 Defence in the UK is positioning to be a fast follower of various technologies, reserving internal research and development effort to areas that are not common across civilian applications. Lithium-ion battery safety is an important consideration in an area of capability where there is both rapid growth in battery technology and its simultaneous rate of adoption. With use ranging from personal electronic devices and complex electronic hardware to hybrid or all-electric vehicles, lithium-ion batteries are a mainstay across the defence portfolio and their technology also facilitates energy storage and generation.

Modelling specific chemistries of lithium-ion to be able to predict service lifetimes is a long and in-depth process that is a hot topic of research in the electric vehicle market. With the fast follower approach in mind, this research focuses on generic lithium- ion battery safety in a defence and security context.

An important area for safety consideration is in defence aviation and one of the key hazards with lithium-ion batteries is thermal runaway where a rapid temperature rise is seen, often leading to fire, rapid disassembly of the battery and the ejection of dense vapour.

In a civil environment, thermal runaway is seen as a battery entering an end state, with firefighting the next consideration. In a defence and security context, however, the loss of the equipment which the battery is supporting may cause a more significant systemic failure, e.g. if the battery is running portable electronic countermeasures or powering an Uninhabited Air System (UAS).
This innovative research looks at that system failure as a process and considers if modelling and redesign of a power and control system can provide degraded operation and more graceful failure over time. Continuing the example, a small UAS could use the additional time to provide a final position report if hit by hostile fire or initiate zeroisation of sensitive data.

As part of this research, impact testing has been carried out on small-scale hobby-grade UAS batteries with an air cannon and a chisel projectile, before being scaled up to e6T lithium- ion vehicle batteries under ballistic test. The tests were conducted with the battery systems actively supplying the drone motor while also recording the dynamic changes in the electrical/electronic systems. The data gathered has shown that there can be a relatively significant time of approximately 20 seconds between an impact event and the electrical failure of the battery, and that the failure can be actively stepped as the thermal runaway reaction propagates through the battery pack. The battery does not provide its full rated power for this period, but it does provide some and that means it can do useful work.

The next research phase is to mathematically model the physical behaviour of the batteries under the impact. The approaches chosen for this are Sugeno-Fuzzy with Matlab and physics modelling using Comsol MultiphysicsTM.

Fuzzy logic is a type of logical analysis that uses ranges of values to allow for fuzzy subjective measurements like ‘partially true’ or ‘mostly true', as opposed to binary logic where everything is considered either true (1) or false (0) with no grey areas.

Self-learning Sugeno-Fuzzy Inference is an approach that allows natural language text-based rules to be converted to useful variable/adaptive mathematical control schemes which are an excellent candidate to be run as part of battery monitoring circuitry. If battery monitoring hardware has a model of a thermal runaway failure then it may be possible to identify this failure earlier in the reaction, giving more time to take action.

Comsol MultiphysicsTM is a finite element analysis package that will be used to analyse how cell electrical behaviour changes with extremes of temperature. The resulting model will be used as a means of validation for the fuzzy approach by checking it against physical processes.