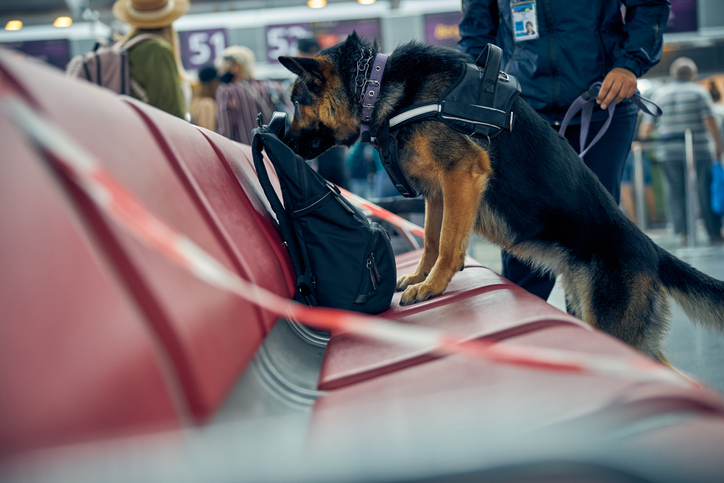 The use of homemade explosives and improvised explosive devices in terrorist acts, along with the production and distribution of illegal drugs and narcotics, pose two of the most significant challenges currently faced in preserving a secure and resilient society. Around the world Law Enforcement Agencies, such as police forces, security agencies and customs border services, are under constant pressure to prevent the development, production, stockpiling, transport and use of illicit materials.

There is a growing demand from global security forces for innovative strategies and equipment that can safely detect explosives and drugs and their chemical precursors, whilst at the same time integrating into existing national and international security doctrine.

Aside from canine detection, classified as difficult to replace, most of the portable techniques and equipment available today for onsite detection and analyses of explosives, chemicals and drugs bring with them a number of operational drawbacks:

The CrimTrack sniffer system offers an artificial nose able to detect substances by sniffing the air, just like a dog. Developed through the PORDEX project and easily adapted to different threat scenarios, this technology is a non-intrusive, near real-time detection capability that requires no direct contact with the threat.

Given the challenges of the COVID-19 pandemic, unintrusive and contactless detection systems could be viewed as even more advantageous as opposed to traditional detection methods.

In a laboratory setting at Cranfield Defence and Security, the portable system’s colorimetric sensor technology is able to detect vapour traces, at parts-per-trillion sensitivity, of the homemade explosives TATP and HMTD and their precursors chemicals, H2O2, acetone and hexamine. It is also able to detect BMK, a precursor chemical of amphetamines and methamphetamines.

A colorimetric chip containing an array of chemo-selective compounds (dyes) selectively reacts/interacts with molecules or mixtures of molecules (analytes) in the vapour face. The dye responses are recorded by digital imaging of the colour changes during sniffing. Using machine learning, a classifier is trained to detect target analytes based on a large collection of samples obtained under realistic operational conditions.

The PORDEX research is being undertaken and developed at Cranfield Defence and Security in the United Kingdom, the Danish Technical University and the CrimTrack ApS facility, both located in Denmark, and is funded by Danish Defence.

The project also interfaces with Cranfield University’s Michael Gibson Research Scholarship which is funded by Cranfield Defence and Security. Awarded to Dr Licia Dossi and held by Iona Hardy, the scholarship provides funding for a full-time PhD research project - The Detection of Explosives and Illicit Drugs and their Precursor Chemicals.

In close collaboration with PORDEX and supervised by Dr Dossi, the PhD project is targeting the chemistry behind the detection mechanisms and aims to both improve the detection capability and produce microchips for specific scenarios. The objective is to progress the detection capability, generated during earlier research funded by the European Commission’s FP7 programme, from Technology Readiness Level (TRL) 4 (technology validated in a lab) to TRL6 (technology demonstrated in a relevant environment). This will be done through systematic analysis of experimental results gained in secure facilities and using the CrimTrack algorithm to translate them into numerical outputs.

Subject to the availability of funding, the collaborative team aims to deliver the final detection tool, TRL9 (actual system proven in operational environment), by 2023-2024.

The CrimTrack sniffer system will then be offered to Law Enforcement Agencies around the world to support their work in the prevention of illicit materials.