The Senior Strategic Leadership Programme (SSLP) has again taken place at the Defence Academy, hosted by International Group, after a three-year absence because of COVID-19.

SSLP is offered to senior politicians, civil servants and military officers from countries selected by the MOD. Attendees are all strategic leaders and national opinion formers in their own countries. The course is the MOD’s most senior defence engagement event, providing the UK government with levels of access to countries that might not otherwise be possible. It is designed to put the MOD at the centre of a strong and diverse network of allies and friends. 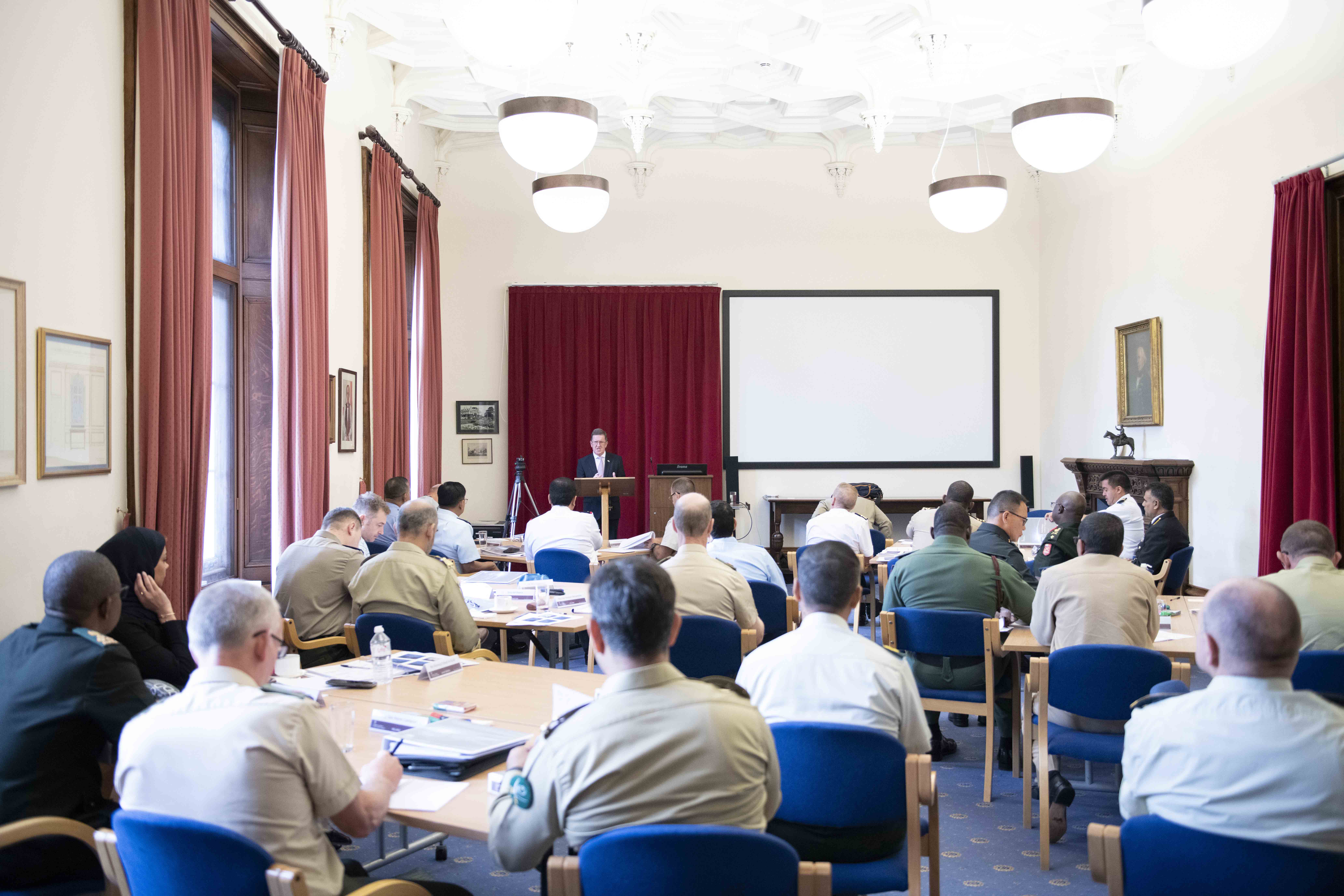 Topics including leadership, the strategic context, thinking skills, ethics, international law, decision-making and strategy development were delivered by some of the UK’s leading academics and subject matter experts including from Cranfield University. Delegates also spent a day in London, where they were briefed by the Minister of State for the Armed Forces, James Heappey MP; the Defence Select Committee; Deputy Commander UK Strategic Command; and a member of the Prime Minister’s Transformation team. 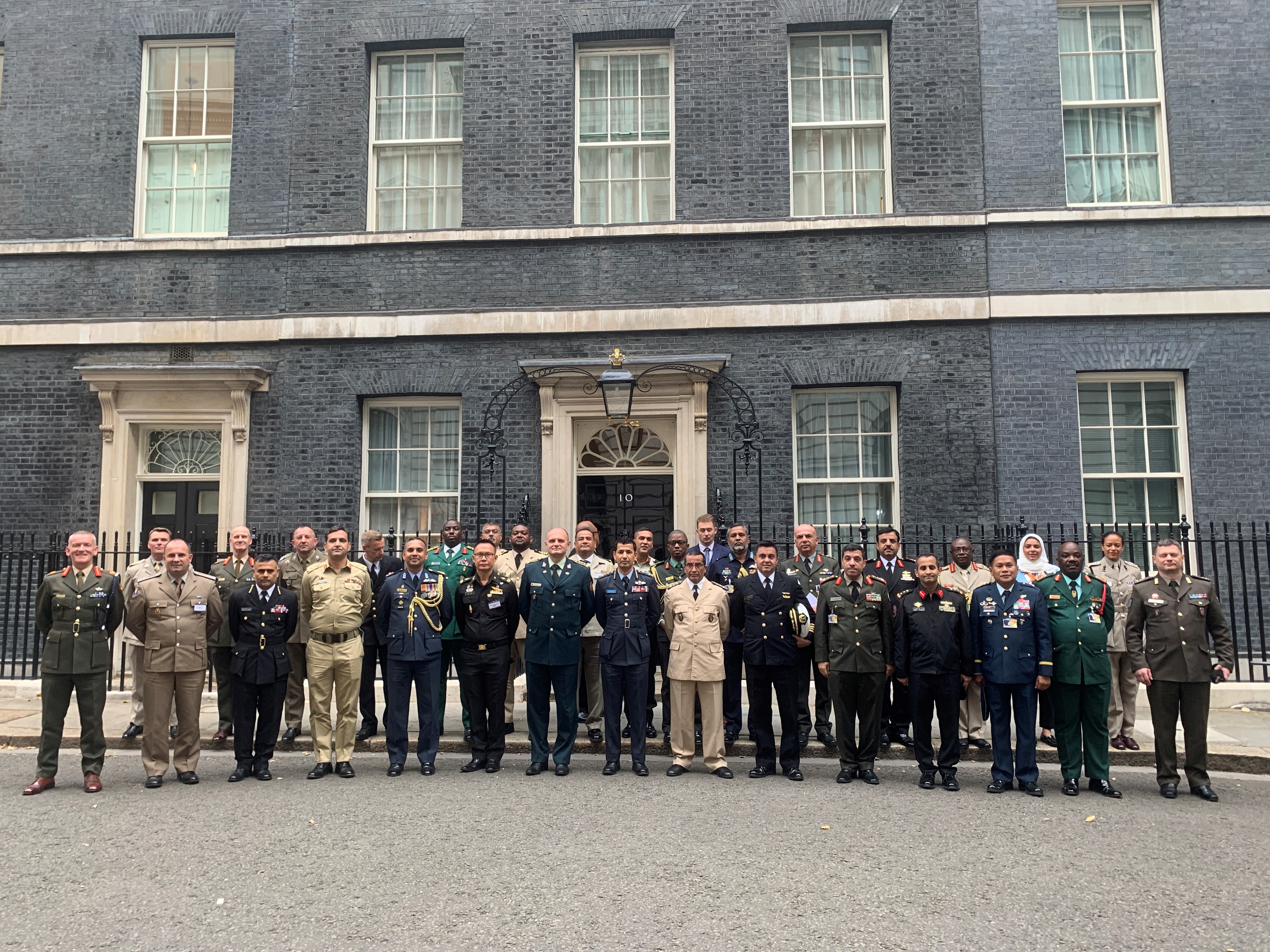 It wasn’t all work, however, as the Defence Academy hosted two social functions. At an evening reception in the Cormorant Building, Major General Andrew Roe, Chief Executive and Commandant of the Defence Academy, gave an introductory address to the gathering of delegates and members of the next Advanced Command and Staff Course and Defence Attachés. And at a formal dinner in Beckett House, Lt Gen (Retd) Sir Simon Mayall gave an after-dinner speech. 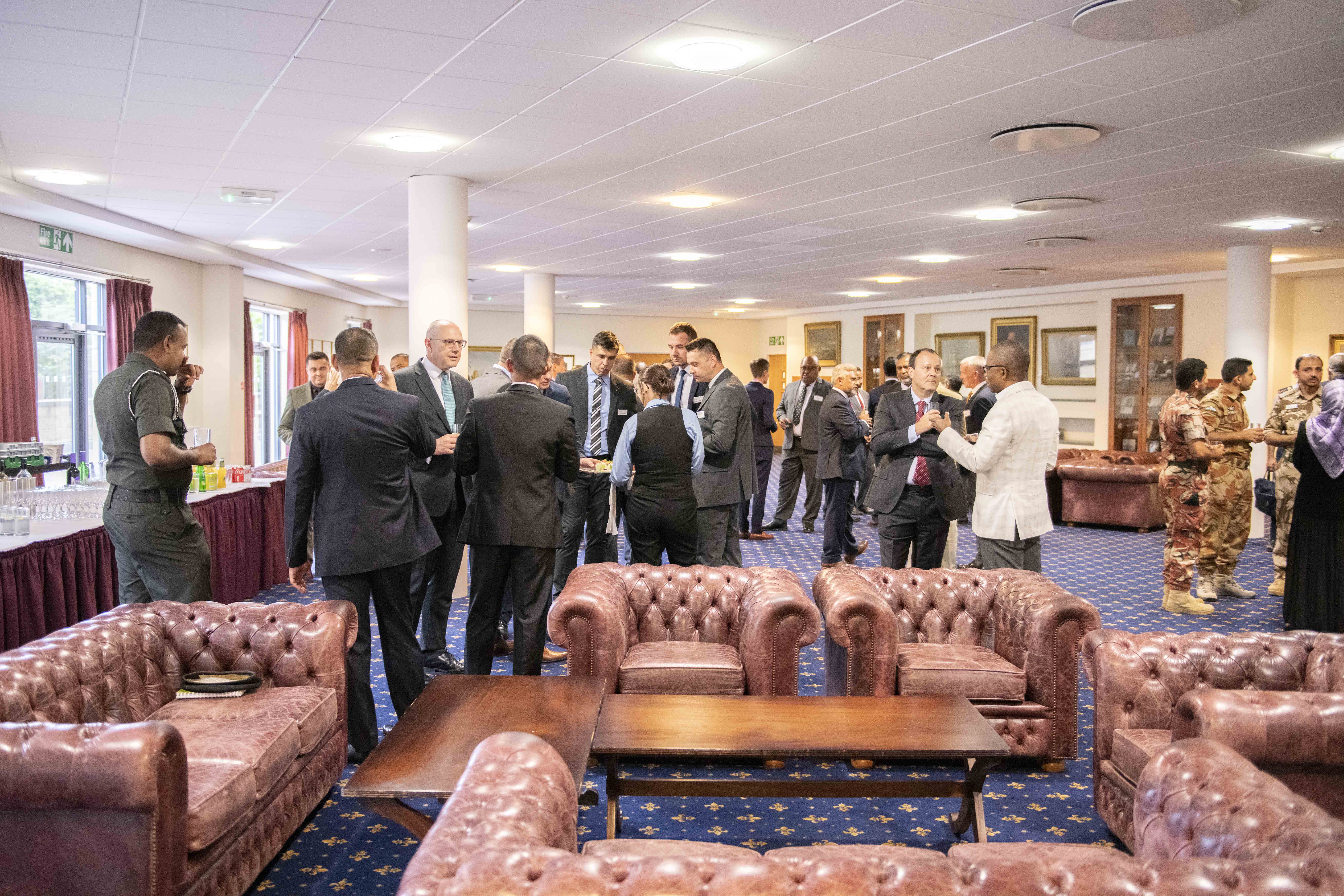