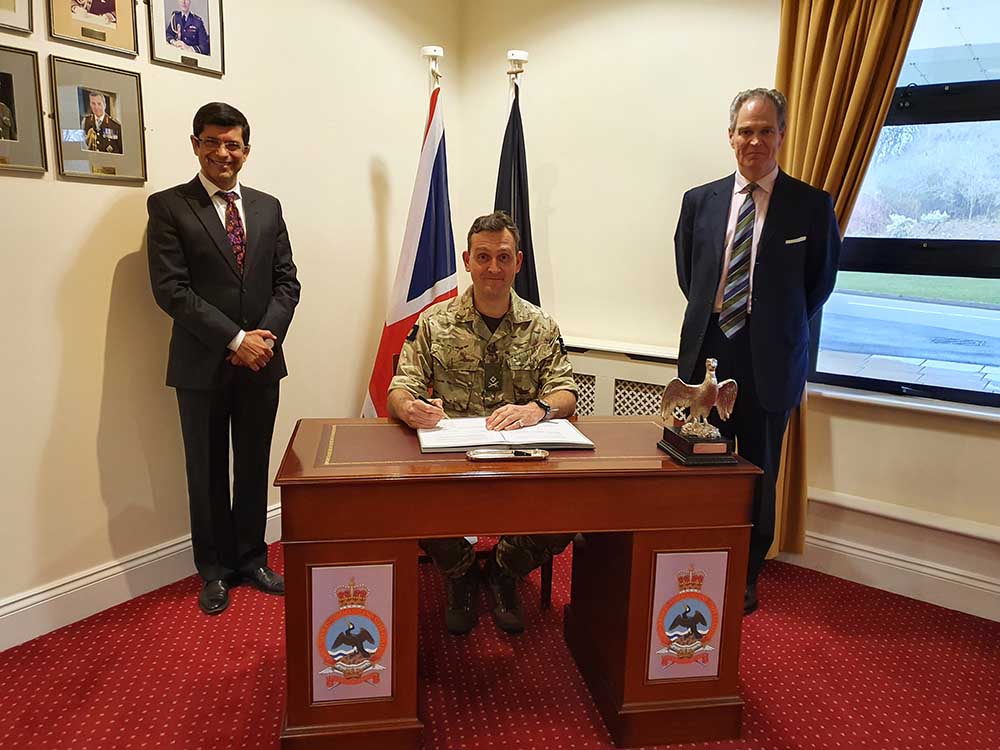 In a contract award announced on Tuesday 18 January at the Defence Academy of the United Kingdom, the King’s Institute for Applied Security Studies (KIASS) will deliver future command and staff academic provision for the Royal College of Defence Studies (RCDS) in London, and the Joint Services Command and Staff College (JSCSC) and Army Division based at the Defence Academy in Shrivenham.

Announcing the contract award, Major General Andrew Roe, the Chief Executive and Commandant of the Defence Academy of the United Kingdom, said:

“This exciting new partnership with King’s, supported by RAND Europe and Cranfield University, will deliver our continued goal of ever-evolving educational relevance to meet the needs of defence. Geopolitics, technology, the character of warfare, and instructional methods will continue to change: our strategy and professional defence and security education must keep pace and reside at the cutting-edge. There is no end-state to our modernisation endeavour: we are in constant evolution and will work closely with our academic partners, with whom we will share this exciting journey, to continue to deliver world-class training and education for UK defence, our partners across government and our allies.”

King’s has been the long-term academic provider for RCDS and JSCSC, delivering command and staff courses for tri-service and government personnel, as well as international students. The colleges develop critical thinkers and strategic leaders, equipping our people with ‘the intellectual edge’ to meet the defence and security challenges of today and tomorrow.

Through the new Command and Staff Academic Provision Project (CSAP), KIASS will now build on the existing first-rate education portfolio at JSCSC and RCDS. Students will benefit from an enhanced academic framework that harnesses the combined knowledge, shared expertise and wider reach of the three partner institutions.

“I am delighted that the Ministry of Defence has again chosen King’s in a new collaboration with RAND and Cranfield to be the academic provider for the JSCSC and RCDS at the UK Defence Academy. We are proud to build on a 25-year partnership with the UK Defence Academy and look forward to working together to enhance the intellectual capability of students across the military and government to meet the global security and defence challenges we face today and tomorrow.”

“We are thrilled and proud to be working together with King’s to support education at the UK Defence Academy and look forward to contributing our expertise, helping to navigate uncertainty in the complex defence environment.”

“We are delighted to be part of an outstanding partnership in this important development of the future of education for the Ministry of Defence at the Defence Academy.”

Photo: The CSAP contract award was reaffirmed on Tuesday 18 January 2022 at the Joint Services Command and Staff College in Shrivenham by Major General Andrew Roe, Chief Executive and Commandant of the Defence Academy of the United Kingdom, and (left) Professor Shitij Kapur, President & Principal of King’s College London, in the presence of (right) Lieutenant General Sir George Norton KCVO CBE, Commandant of the Royal College of Defence Studies.