The Minister for the Armed Forces, the Right Honourable James Heappey MP, visited the Defence Academy on 17 November to mark the 25th anniversary of the Joint Services Command and Staff College (JSCSC). 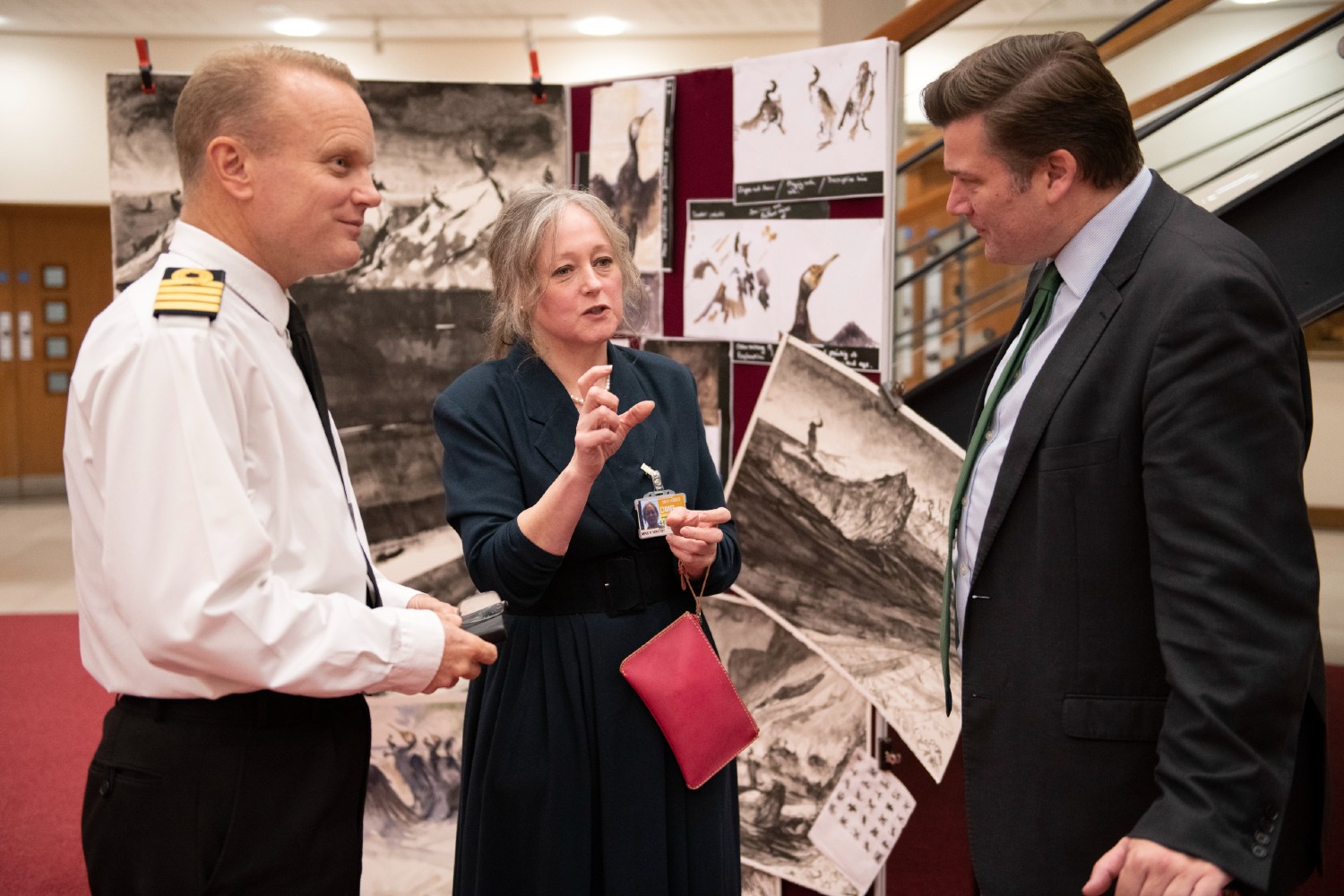 During his visit, the minister met and addressed the members of the Advanced Command and Staff Course (ACSC) and unveiled an artwork by en plein air artist Kim Whitby, commissioned to commemorate JSCSC’s anniversary.

The artwork depicts cormorants, the college mascot which thrives on land, sea and air and is renowned for its adaptability. The bold ink on paper piece shows cormorants looking out to sea with a wind farm visible on the horizon. 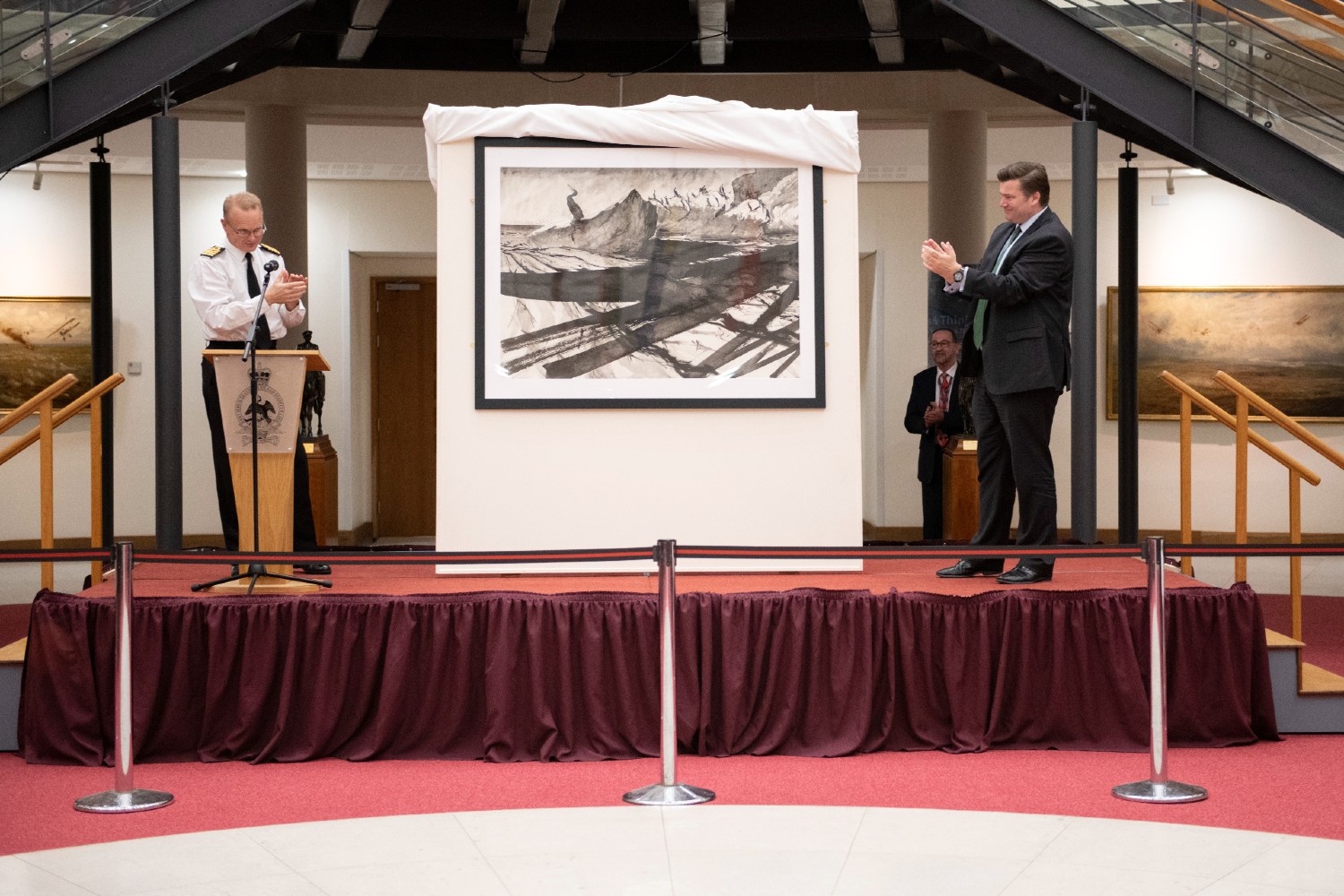 “It was a pleasure to welcome the Minister for the Armed Forces to JSCSC to mark this significant milestone.

“The College’s aim is, as it always has been, to hone the intellectual edge of course members, and to deliver leaders and staff officers who are capable of waging war, making strategy, managing complexity, and ‘winning’ decisively in any potential conflict. We have done this through focusing on innovation, creativity, and critical thinking to enable graduates to take measured risk and grow academically.
“It is testament to the dedication of everyone who has worked and studied at JSCSC that we have continued to adapt and innovate each year to equip our course members for the challenges to come.”

From 1997 to 2000, JSCSC was located in Bracknell, where the former RAF staff college was based. In 2000, JSCSC moved to its new home at Shrivenham, in the modern, purpose-built Cormorant Building.

The JSCSC provides Joint Professional Military Education to future commanders and staff officers from all three UK Armed Services, the MOD Civil Service and from many countries around the world. Course members range from junior officers to 1-stars.

Supported by globally renowned academic partners, JSCSC provides research opportunities and accredited programmes that act as both a resource for Defence problem-solving and a way to invest in people.